Send your family traveling through time. At Disney’s Pop Century Resort, you’re able to transport your family back in time to visit decades of the 20th Century!

From jukeboxes, bowling pins and 8-track tapes, to laptops and cell phones, the memorabilia, crazes, and catchphrases that defined the 20th century surround you at this 2,880-room Value Resort Hotel.

Each building is a larger-than-life “time capsule” of pop culture which will take you on a trip down memory lane.

Disney’s Pop Century Resort is a resort located on Century Drive at the Walt Disney World Resort in Lake Buena Vista, Florida (near Orlando). The resort is themed around 20th-century American pop culture.

Original plans anticipated the creation of both the “Legendary Years” and the “Classic Years” to divide the property by the first and second halves of the century, respectively. However, the former section was closed after reduced tourism in the aftermath of the September 11 attacks and redeveloped as a fifth value-priced resort, Disney’s Art of Animation Resort, in 2012. 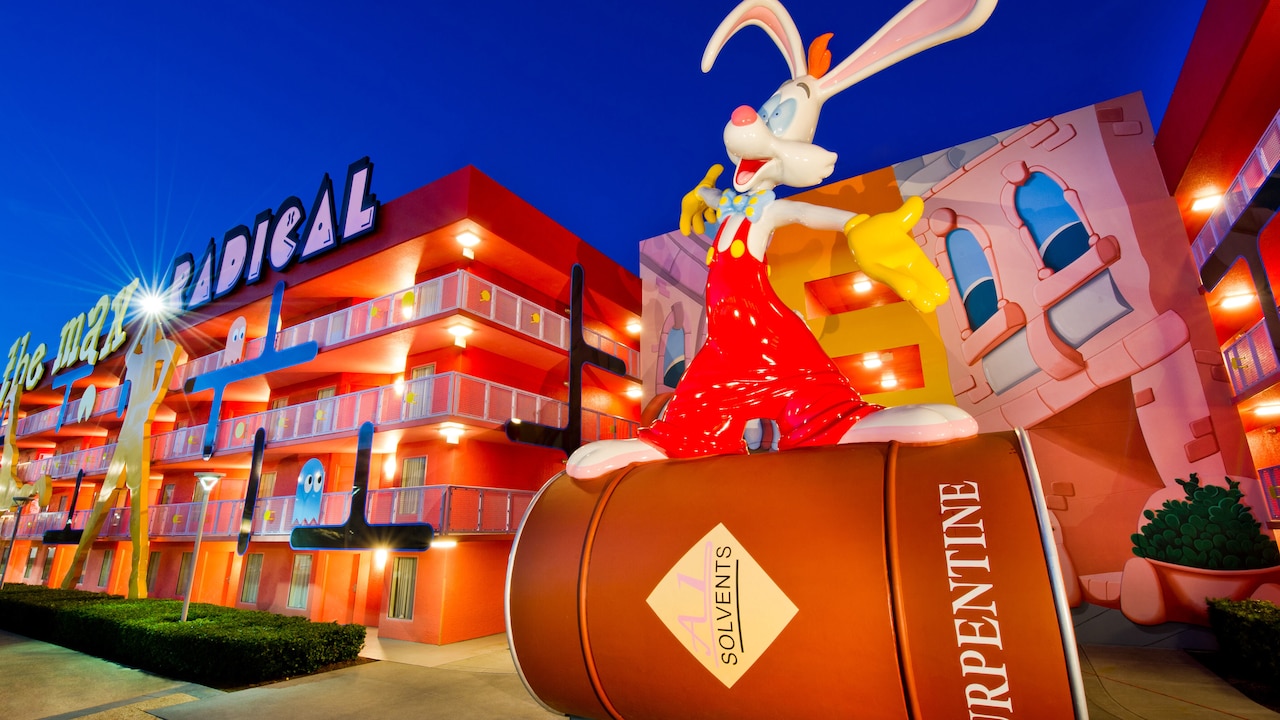 Disney provides bus service transportation from the resort to all 4 Disney theme parks, the 2 water parks, and Disney Springs.

The resort now includes a stop for the new Disney Skyliner. The Skyliner station that you’ll be using for Disney’s Pop Century Resort is located on Generation Gap Bridge, which connects Disney’s Art of Animation Resort with Pop Century Resort.

In the Classic Years section of the Disney resort, each area is themed with a specific decade and giant items related to that decade. 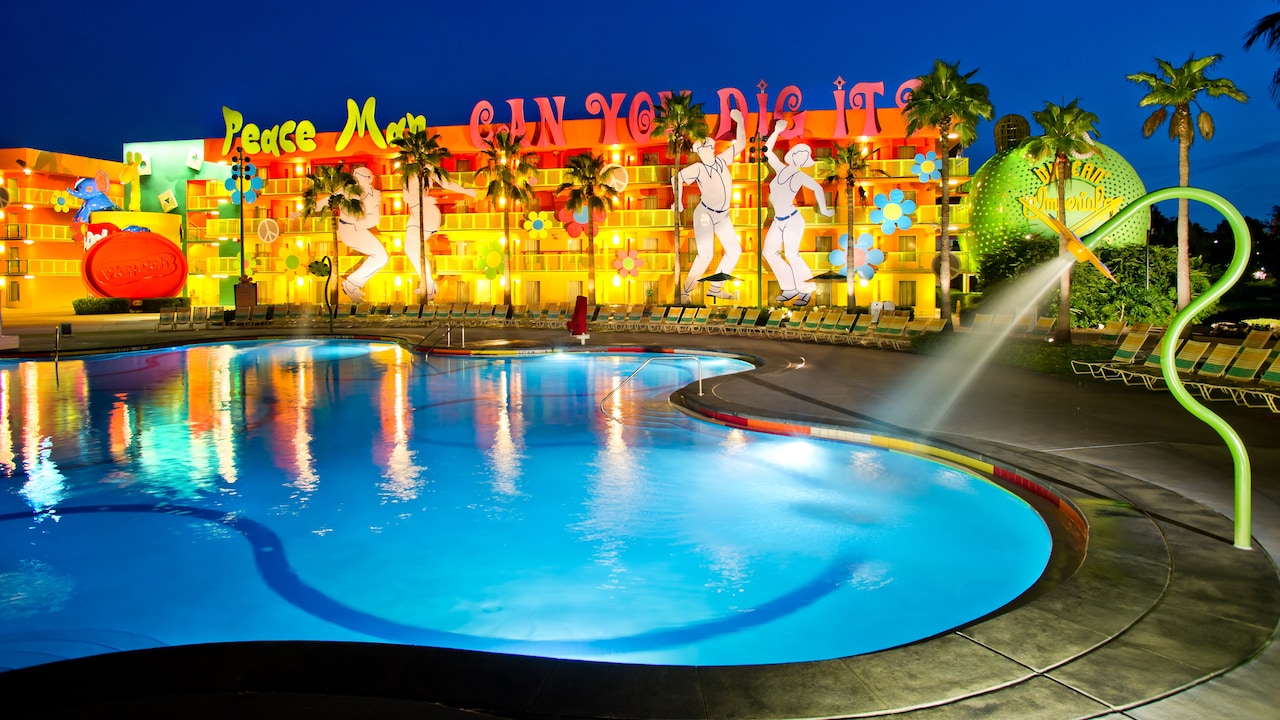 The rooms were recently renovated and updated with a re-imagined theme and drop-down table bed (Murphy bed), similar to the ones in Disney’s Art of Animation Resort family suites. Be sure to ask at check-in at the front desk in the Classic Hall if your room has been updated.

Dining and Shopping at Pop

We wanted to share an amazing resource with you at home. Click Here to view, print, or even share an E-Brochure. This is a great resource and it is free!

We get a lot of questions about this Disney World Resort. Here are a few of the popular FAQ answered for you.

Is there a gym at Pop Century?

Since it’s a Value resort, Pop Century does not have a gym or fitness center.

What Disney park is Pop Century in?

Disney’s Pop Century is located in the Walt Disney World Resort and is considered one of the Disney’s Hollywood Studios resorts. It’s also very close to Disney’s Animal Kingdom theme park and the ESPN Wide World of Sports.

Does Pop Century have laundry?

Can Pop Century use the Art of Animation pool?

Pool hopping is not allowed at any of the Disney resorts.

Does Disney’s Pop Century Resort have an airport shuttle?

Yes. Disney offers an airport shuttle from the Orlando International Airport (Disney’s Magical Express) for resort guests. We recommend confirming your flight details with the resort or your Destinations in Florida travel agent.

What size beds does Pop Century have?

Rooms at the Disney’s Pop Century Resort are consistent with Disney’s other Value resorts. The average room size is 260 square feet with either 1 Queen bed plus 1 Queen bed pull down bed or 1 King bed.

Does Pop Century have free breakfast?

While there are no complimentary breakfast offerings at Disney’s Pop Century Resort, you will however, find a great selection of reasonably priced breakfast snack items, beverages and even full entrees, served in a casual, take-away or sit down setting at the Everything Pop Shopping and Dining food court area.

Can you see fireworks from Disney’s Pop Century Resort?

Does the Disney Skyliner stop at Disney’s Pop Century Resort?

Cruise around Walt Disney World Resort in style – riding incredible, new aerial gondolas!  Glide across the sky and add an extra dash of pixie dust to your day.  This grand, state-of-the-art gondola system conveniently connects Disney’s Hollywood Studios and the International Gateway at Epcot to the following Disney Resort hotels:

Are you ready to book your Disney World vacation?

Book Your Disney World Vacation with the Local Experts!
Call 877-918-8941 or Request a Quote Online