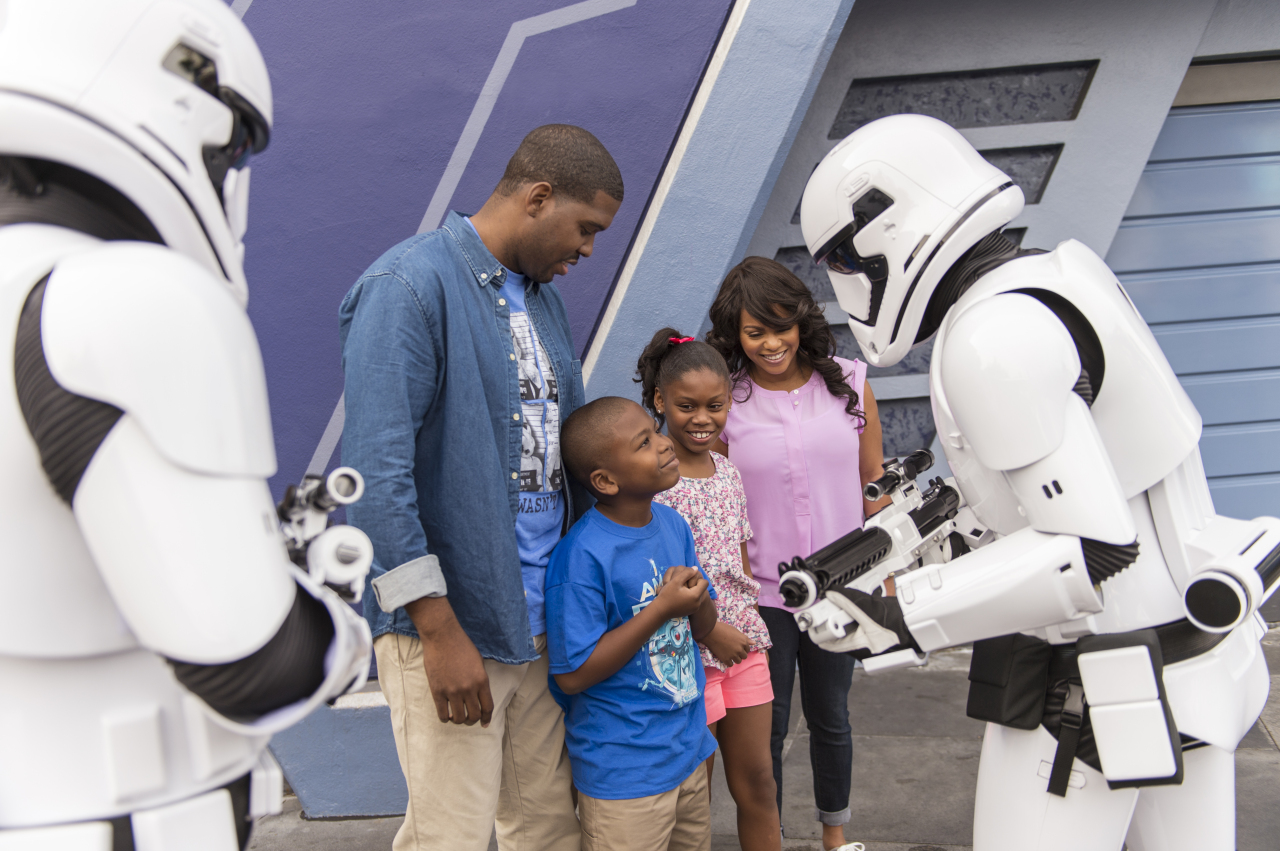 Discover new and updated Star Wars experiences that bring you closer to the epic saga than ever before. The blockbuster Star Wars movies transport viewers to a galaxy far, far away—and you can visit that galaxy at Walt Disney World® Resort! Embark on Star Wars adventures, visit Star Wars locations, meet characters, view movie props and shop for merchandise.

It’s all here for you to explore alongside your favorite Star Wars fans! 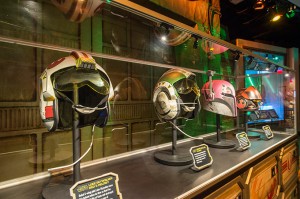 Explore immersive special exhibits and get a peek of what’s to come in the new movie, Star Wars: The Force Awakens. Discover sights, sounds, and surprises that are sure to delight any fan.

Get an up-close look at replica props, models, costumes and artifacts from the Star Wars films and watch a behind-the-scenes video about how a new generation of filmmakers is crafting the future of the saga. Encounter Han Solo’s trusty sidekick, Chewbacca, for a furry photo and—if you’re brave enough—come face-to-face and encounter the dark warrior, Kylo Ren, on the bridge of his First Order Star Destroyer! 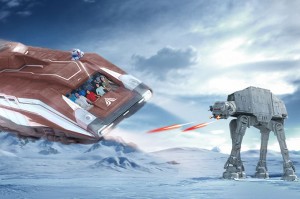 
Make the jump to hyperspace—and to a new destination from Star Wars: The Force Awakens—during a 3D, motion-simulated space flight.

During your voyage, interact with many of the otherworldly characters and places made famous in the Star Wars saga. Hold on tight as you exit hyperspace to find yourself in the middle of a furious starship battle above Coruscant. Plunge into the oceans of Naboo and avoid the clutches of monstrous fish. Retreat inside the dreaded Death Star to escape Darth Vader before doing battle with Boba Fett. Plus, you’ll visit an all-new location from Star Wars: The Force Awakens! 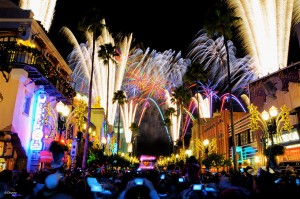 Symphony in the Stars: A Galactic Spectacular

Location: You can get a fantastic view of this show anywhere within Disney’s Hollywood Studios

Conclude your day in a galaxy far, far away with an epic firework finale bursting with Star Wars music and magic – nightly.

The sounds of John Williams’ majestic themes fill the air as the sights of twinkling lights fill the sky. Gather your favorite Jedi, Jawas, Wookiees, droids and Ewoks to hear classic Star Wars music along with stirring new themes from Star Wars: The Force Awakens.

Star Wars: The Path of the Jedi
Location: Echo Lake

Watch a 10-minute retelling of the blockbuster saga and get a peek at the future of the galaxy.

This dramatic film compiles exhilarating movie moments to tell the tale of the Jedi Order’s fall and return. For over a thousand generations, the Jedi Order protected the galaxy and brought peace to the Galactic Republic—with the help of a mysterious power called the Force. A young Jedi named Anakin Skywalker—secretly influenced by the scheming Darth Sidious—turned to the Dark Side of the Force and brought ruin to the Jedi. Anakin became the dreaded Darth Vader, and Darth Sidious became the evil Emperor Palpatine.

A generation passed, and Anakin’s children, Luke, and Leia joined the Rebel Alliance to oppose the tyranny of the Galactic Empire. With the help of a charming rogue named Han Solo, Luke and Leia succeeded in defeating the Empire and turning Darth Vader away from the Dark Side.

Star Wars: Path of the Jedi retells this epic saga and hints at what’s next! The story continues in the new movie, Star Wars: The Force Awakens—Luke, Leia, and Han return along with a new cast of brave heroes and dastardly villains. 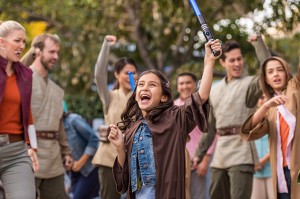 Watch younglings train in the ways of the Force and put their skills to the test to defeat the Dark Side—including a new villain!

The stirring fanfare beckons a group of eager young Padawans in brown robes onto the stage. Under the tutelage of a Jedi, the recruits learn how to use the Force—and their wit-to wield lightsabers. Now that the Empire has driven the Jedi to the distant corners of the galaxy, the training must proceed in secret at ancient Jedi temples.

But not even this precaution can shield the Jedi from the evil forces of the Dark Side for long. Soon, the novice Knights are challenged to use their new skills when they come face-to-face with Darth Vader—and now a new villain, the Seventh Sister Inquisitor from the popular Disney XD series Star Wars Rebels.

Join the Jones Family on their day at Disney’s Hollywood Studios, including the new Jedi Training: Trails of the Temple experience.

Grab your lightsabers and join your favorite Star Wars characters!