As Floridians, we love that we are just a few hours away from Orlando theme parks. It is one of our bragging rights! We can hop in the car on the weekend and visit Harry Potter, Marvel Island, or get selfies with some of our favorite characters like Sponge Bob and Bumblebee. 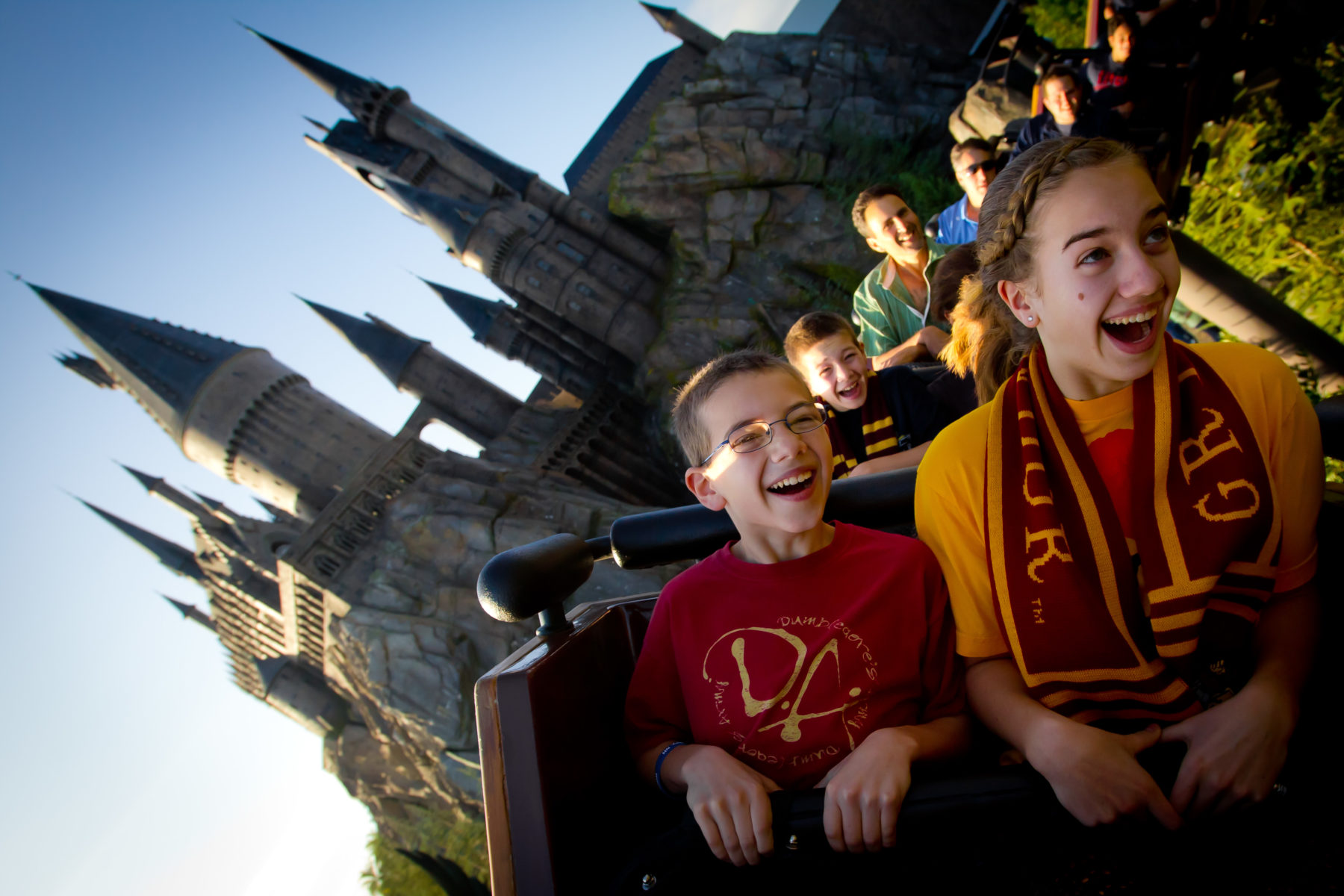 Now you can do this at an unbelievable deal! Save up to 20% off your tickets with special Florida Resident discounts. Plus, book with us and get FREE Early Park Admission to play at Hogsmeade at Wizarding World of Harry Potter (before the gates open).

Book your Florida Resident tickets with Destinations in Florida and get into Universal’s Islands of Adventure (one hour) before the gates open (to the general public) with Early Park Admission. This is a great way to explore Hogsmeade at Wizarding World of Harry Potter, without the crowds.

Take advantage of discount tickets for Florida Residents. Plus, get FREE Early Park Admission! You can buy at 1-Day, 2-Day, or 3-Day tickets with savings up to 20% off. You can even add Universal Express that allows you front of the line access on rides and attractions at the Universal Parks.

Save 20% on a 2 and 3 day multi-day ticket when you buy with us. This ticket allows you to visit both Universal Studios and Islands of Adventure on the same day. This ticket is required if you want to take the Hogwarts Express from King’s Cross to Hogsmeade. This discount Florida Resident discount is not available at the front gate.

One Park Per Day Tickets

Save 20% on a 2 and 3 day tickets (that allow you to visit one park per day). This ticket allows you to visit one park day day of your vacation. This ticket will NOT allow you to take the Hogwarts Express from King’s Cross to Hogsmeade. You will need the Park to Park Ticket to ride this Harry Potter train. This discount Florida Resident discount is not available at the front gate.

One of our Universal Orlando Experts named Siera Duiser is ready to book your tickets for you. Florida Resident prices can vary based on your vacation dates. She can quickly give you a price for your family vacation. Plus, as a Universal Orlando Expert she knows how to save you money on other parts of your vacation including hotel accommodations, dining, pictures, and more.

You can call or text Siera Duiser her directly at 734-771-1290 or email her at siera@destinationsinflorida.com. She is happy to help!

Where Do I Pick Up the Tickets After I Order My Tickets?

Once you order your Universal tickets for Florida Residents, we will email you an E-Document. You will take this E-Document to any Guest Services Desk at the front entrance to Universal Studios or Islands of Adventure. You will show this E-Doc and a valid Florida ID to pick up your park passes. 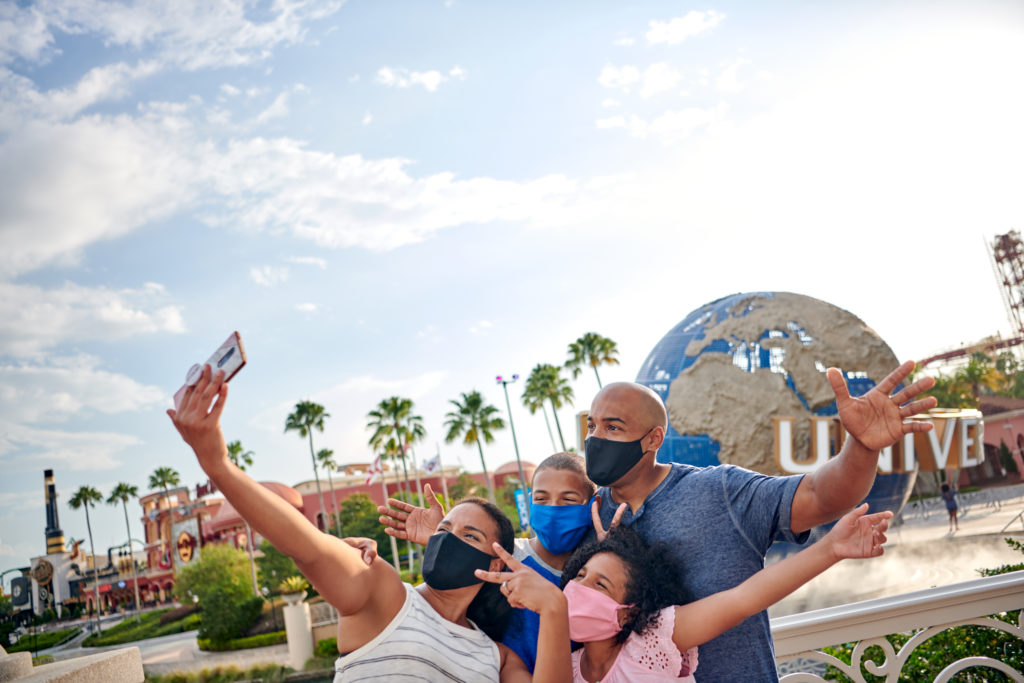 How do I Prove Florida Residency for Universal Studios? You can show any number of identifications to verify you are a Florida Resident. You can show your Florida Driver’s License, Florida State-issued ID card (must have Florida address), Florida voter’s registration card with corresponding photo ID, College ID from a Florida college or university with corresponding photo ID.

What day is Universal Studios Least Crowded? Weekdays are the least crowded days at the Universal Orlando Parks. We also recommend arriving at opening. 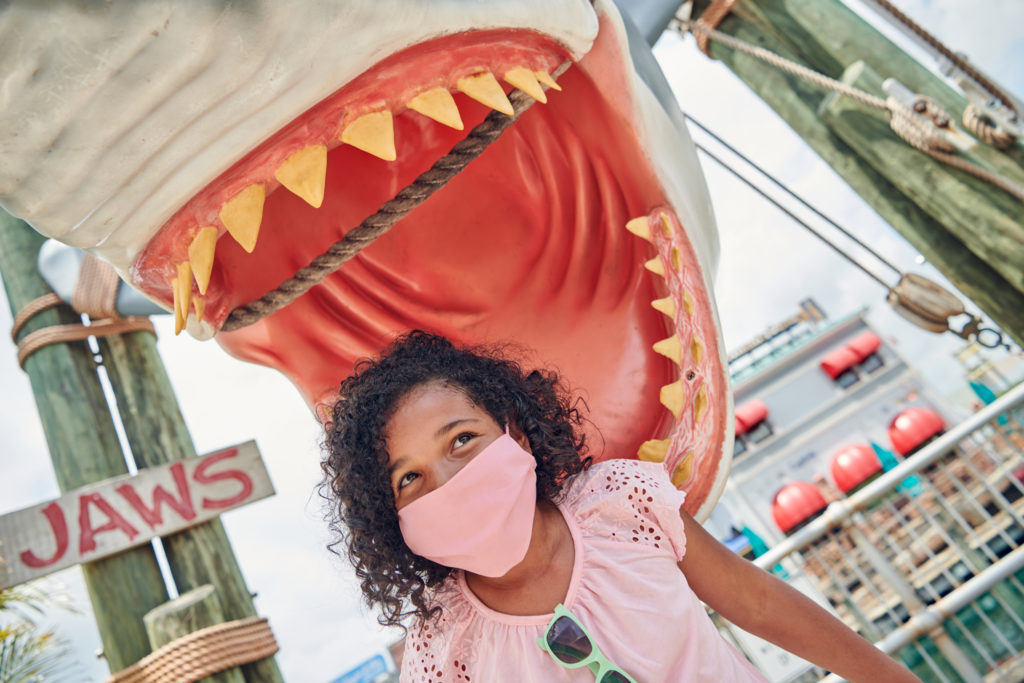 Which Universal Park has Harry Potter? Both parks have Wizarding World of Harry Potter. With this new Florida Resident ticket you can take the Hogwarts Express and go to Diagon Alley at Universal Studios and Hogsmeade at Islands of Adventure.

Can you Walk Between Universal Parks? Yes! Unlike the Disney Parks where you have to drive or take transportation in between parks, you can literally walk between the Universal Parks and visit both parks in one day.

Can I Bring a Backpack into Universal Studios? Yes, you can bring bags and backpacks into the Universal Orlando Parks. Your bags will go through a security check and x-ray scanner.

Do I Have to Wear a Mask due to COVID-19 at Universal? Yes, Universal Orlando Parks do require face masks. For Universal’s Volcano Bay, you only have to wear the masks in restaurants, bars, restrooms, lockers, and areas with clusters of people.