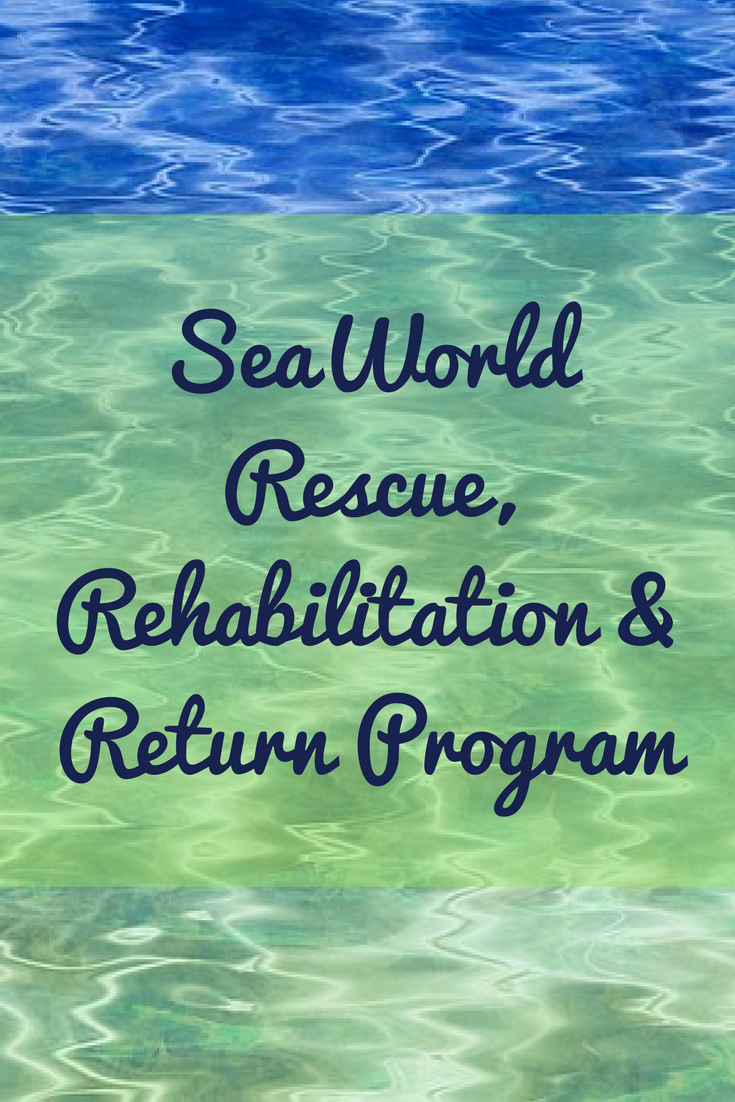 Two loggerhead sea turtles are back home in the wild thanks to SeaWorld Orlando’s Rescue Team. In partnership with the Florida Fish and Wildlife Conservation Commission (FWC) the turtles were returned to the ocean at Pineda Beach Park this morning.

Rescued in December 2016, a juvenile loggerhead sea turtle was transported to SeaWorld Orlando from Massachusetts, where the animal received initial treatment from the New England Aquarium. Upon intake, the turtle had a dangerously low body temperature and a large wound under its right flipper. As a part of the turtle’s wound care, SeaWorld utilized radiographs, antibiotics, and laser therapy to heal the injury. 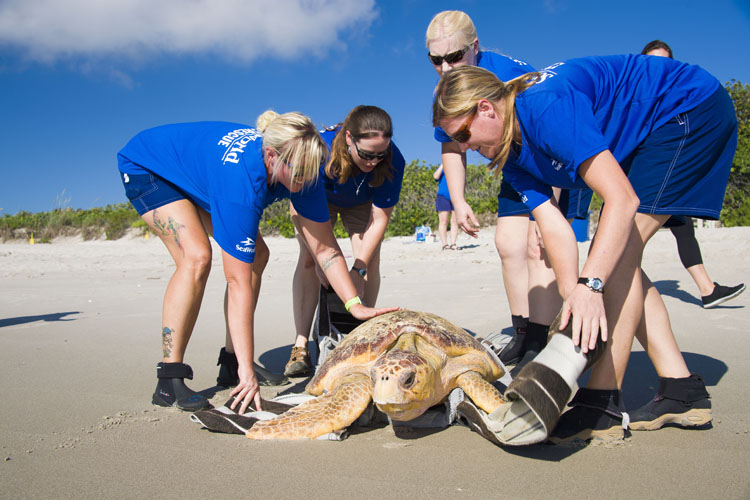 The second turtle released, a sub-adult loggerhead, came to SeaWorld in March after it was found upside down in the surf at Port Canaveral. The animal was covered in barnacles, emaciated, and lethargic. At SeaWorld, the veterinary team discovered blockage in the turtle’s digestive track caused from seashells. Through fluid therapy, the team helped the animal pass the impaction and gain 28 healthy pounds.

With two more sea turtles back in the ocean, SeaWorld has now returned 14 total turtles this year. In partnership with the Florida Fish and Wildlife Conservation Commission, SeaWorld Orlando has rescued nearly 2,000 sea turtles since 1980.

It is critical that beachgoers are mindful of the impact they leave on Florida coastlines as sea turtle nesting season is in full swing now through October. Debris and trash left on beaches can threaten the survival of sea turtles during this vulnerable time of year.

The successful rehabilitation of endangered sea turtles is another great example of SeaWorld’s commitment to protecting sea life. For more than 50 years, SeaWorld Parks & Entertainment has helped animals in need – ill, injured, orphaned or abandoned, with the goal of returning them to the wild. More than 30,000 animals have been rescued by the expert animal rescue team that is on call 24 hours a day, 7 days a week. 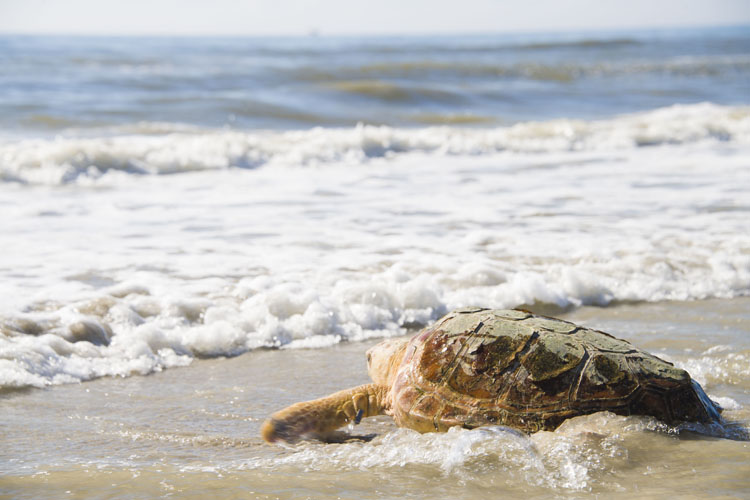 If you see an injured marine animal, you can help by calling the FWC hotline at 888-404-3922 or by dialing *FWC on a cellular device.