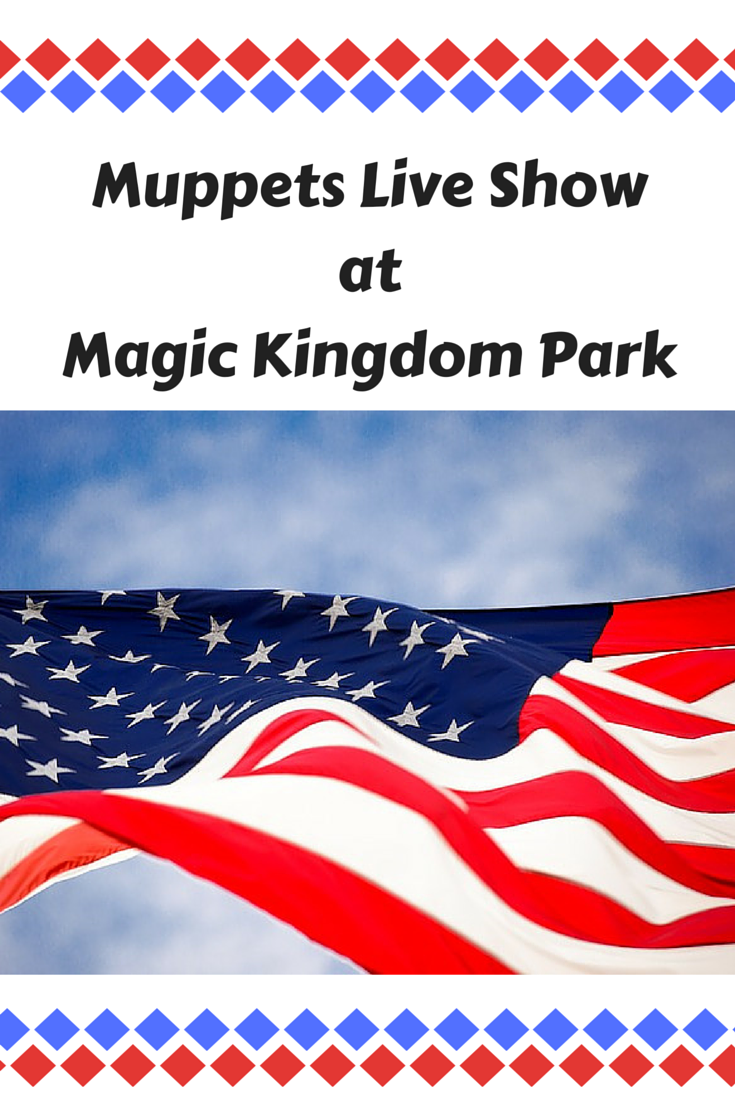 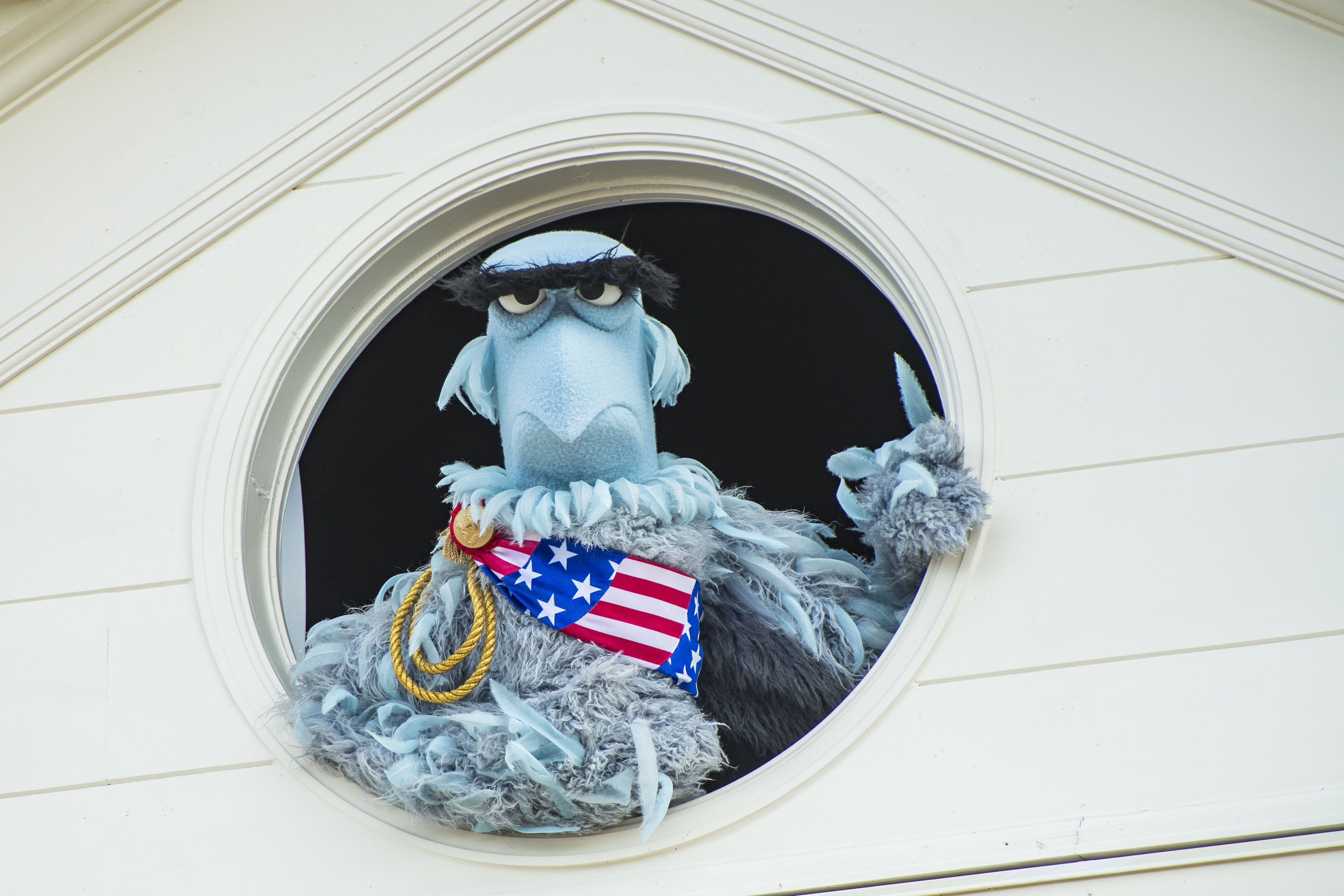 Muppets Sam Eagle (the fiercely patriotic American eagle who is forever trying to set a high moral standard) joins Kermit the Frog, Miss Piggy, Fozzie Bear, The Great Gonzo and James Jefferson, and town crier of Liberty Square in this new show at Magic Kingdom Park. They gather outside The Hall of Presidents in Magic Kingdom to present historical tales in hysterical Muppets fashion. From the midnight ride of Paul Revere to the signing of the Declaration of Independence, the Muppets will appear throughout the day to share their own unique take on the founding fathers and the birth of the United States of America. 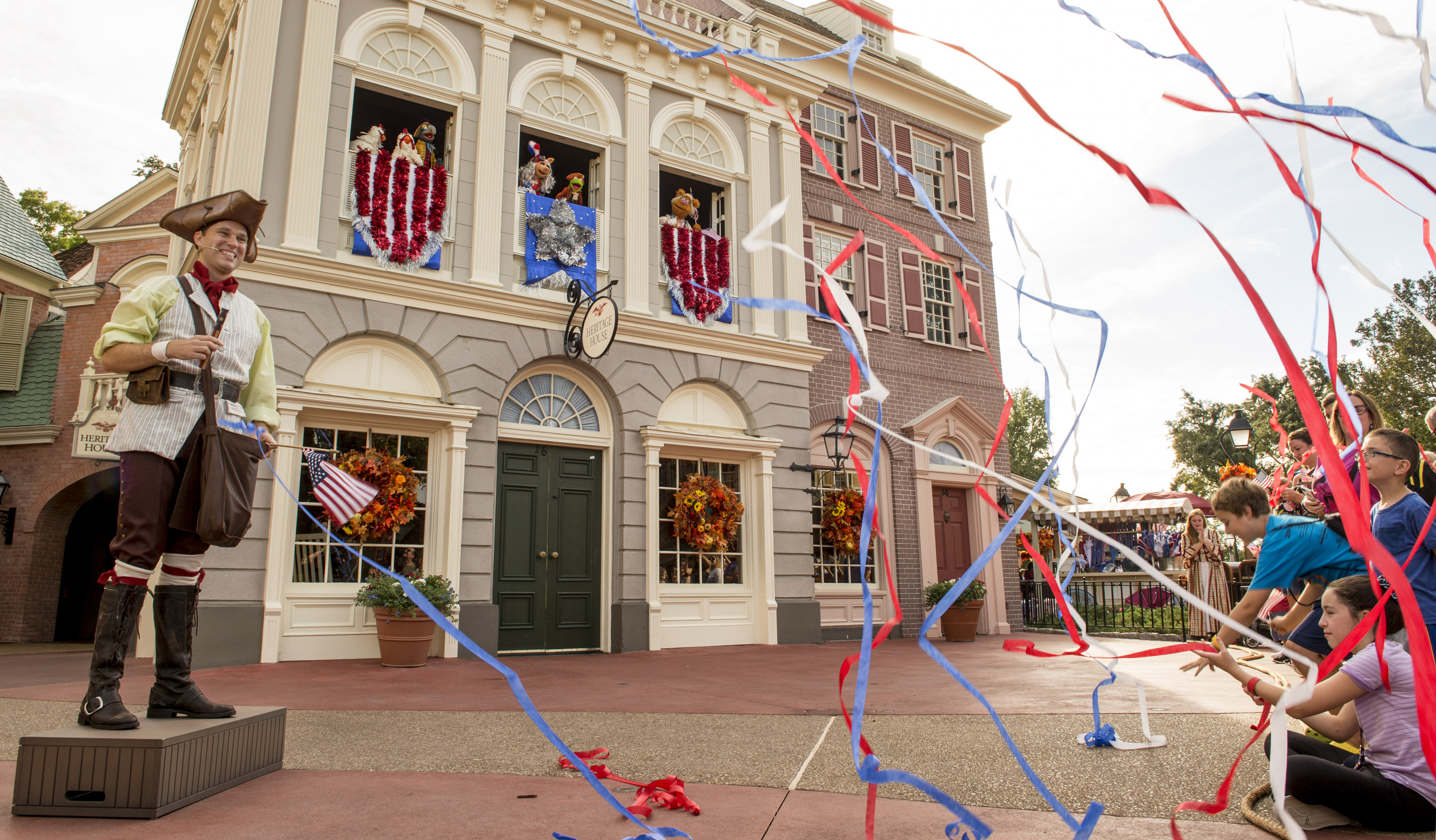 “The Muppets Present… Great Moments in American History” is presented multiple times daily and features an original song and wacky humor. The kids will love the flying streamers at the end! This fun show inspires learning for the whole family. After the show, they even encourage everyone to join them at the Hall of Presidents (right next door.)

You can watch this new show with Disney Vloggers, The Jones Family, on their day at Magic Kingdom Park.

You can find the Muppets around the Walt Disney World Resort, including at Muppet Vision 3-D at Disney’s Hollywood Studios and Muppet Mobile Lab at Epcot using popping in around the World Showcase near Spaceship Earth.

Do you love the Muppets?  Who is your favorite character?