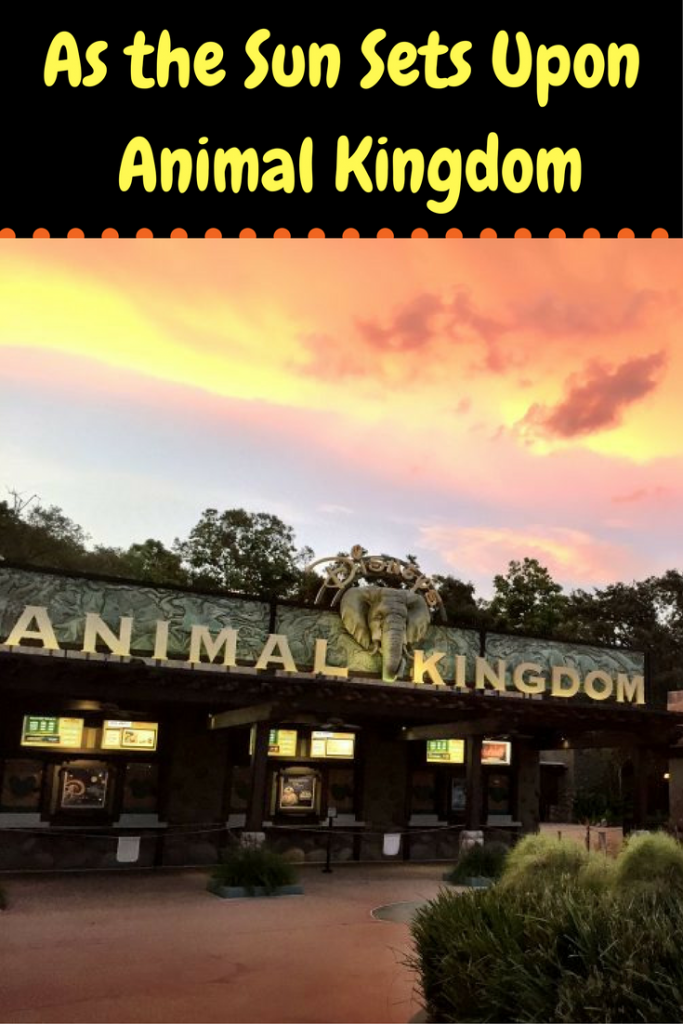 It wasn’t too long ago that when enjoying a sunset at Animal Kingdom park, you would likely have been heading to your ride back, The great news is that now you can enjoy a spectacular Sunset while out on the Savannah or from the top of Expedition Everest!

Animal Kingdom Park has been considered a half day park by more than a few frequent Disney visitors. The Animal Kingdom set itself up this was as it closed at 6 pm on average, leaving guess with a choice of an early night or park hop to a second park.

The Animal Kingdom now has hours as late as 11 pm with a new nighttime show based on the live version of “The Jungle Book”. The show includes Bollywood Dancing, film clips from both Disney versions of the movie and live music. The Animal Kingdom will also be adding the Rivers of Light nighttime show sometime this year (last we heard). Both of these shows are excellent reasons to hang around for and past the beautiful sunsets.

Coming in 2017 will be The World of Avatar, inspired by Planet of Pandora. This land will be an amazing place to visit during the day, but at night will become a world all of it’s own. The rumors and advance previews of this hauntingly beautiful home will be a must see for all visitors to Disney World.

Written By Daniel Mullarkey: Daniel is an agent with Destinations In Florida travel agency and travels as often as possible. His goal is to always ensure that all of our planning leads to the most fantastic trip whether to Disney, Universal, on a cruise or further away. Reach out to him at anytime via email or Facebook.