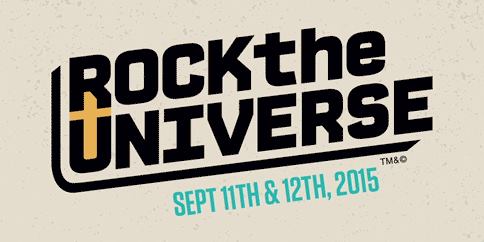 Now in it’s 17th year, Rock the Universe at Universal Orlando Resort is deemed Florida’s biggest Christian music festival. This year’s event takes place September 11 and 12 from 4pm to 1am on both event nights. At Rock the Universe, you can rock, ride and rejoice at Universal Studios theme park. Experience two nights of soul-stirring songs from Christian music’s hottest stars, along with guest speakers, a Candlelighting Ceremony, autograph opportunities and more. It’s an unforgettable weekend of faith and fun.

A one-night ticket sells for $61.99; a two-night ticket costs $91.99. A “Rock Your Weekend” ticket option includes both nights of the event, three days of admission to Universal Studios or Islands of Adventure to be used Sept. 11-13 for $124.99. (Park-to-park access within those days is available for an additional $37.)

Not only does Rock the Universe have some of the hottest bands in Christian music, it’s also right in the middle of Universal Studios! That means in addition to the amazing concerts, you’ve got unbelievable rides and attractions all around you.

If you aren’t attending this year, follow the official hashtag #RocktheUniverse to see photos and hear about the weekend thrilling faith-centered music and activities!