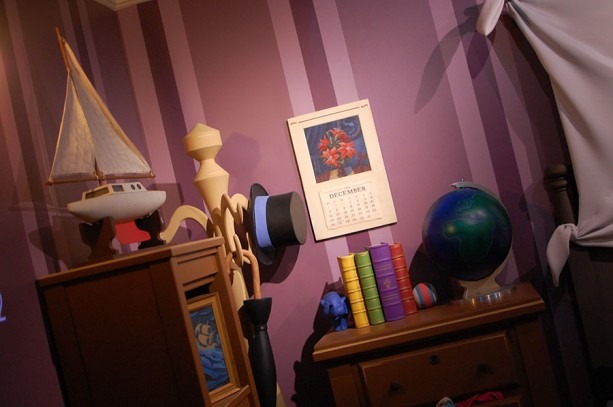 Walt Disney World Resort has recently been adding interactive queues to attractions like Haunted Mansion and Seven Dwarfs Mine Train. The latest is at Peter Pan’s Flight in Magic Kingdom Park. Guests are now able to watch Tinker Bell fly around and interact with Wendy, John and Michael’s toys. They also see their own shadows come alive on the wall in the children’s nursery and get a sprinkle of pixie dust before they head off into Never Land with Peter Pan.

You head into the children’s nursery, passing the beds of Wendy, John and Michael, which are surrounded by their belongings and personal treasures. Tinker Bell has already arrived and is busy exploring – and causing a bit of mischief – all around the room. Tink also pulls some friendly tricks on you when your shadow hits the wall. Don’t be surprised if your arm’s shadow gets “hooked,” among other fun. Take a look at the video below to see what surprises await you are the new Peter Pan queue at Magic Kingdom!

It is hard not to stop and marvel at the charming detail and the fun effects the Imagineers have planned in this one. It’s simply amazing. We hope you check it out.

The queue is wheelchair accessible, too!