You can find the Umbrella spell casting location, just outside the bathrooms in Diagon Alley. You can’t miss the umbrella. The show really improves, at night. 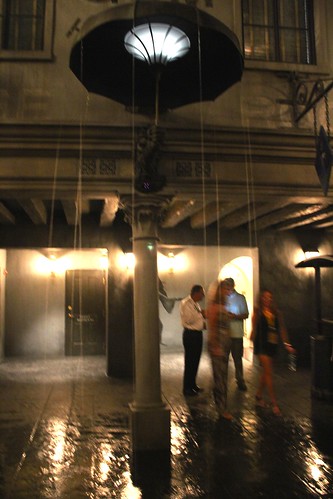 This is one of the more visible and popular interactive wand spells at Diagon Alley. It will likely be one of the few with a line.