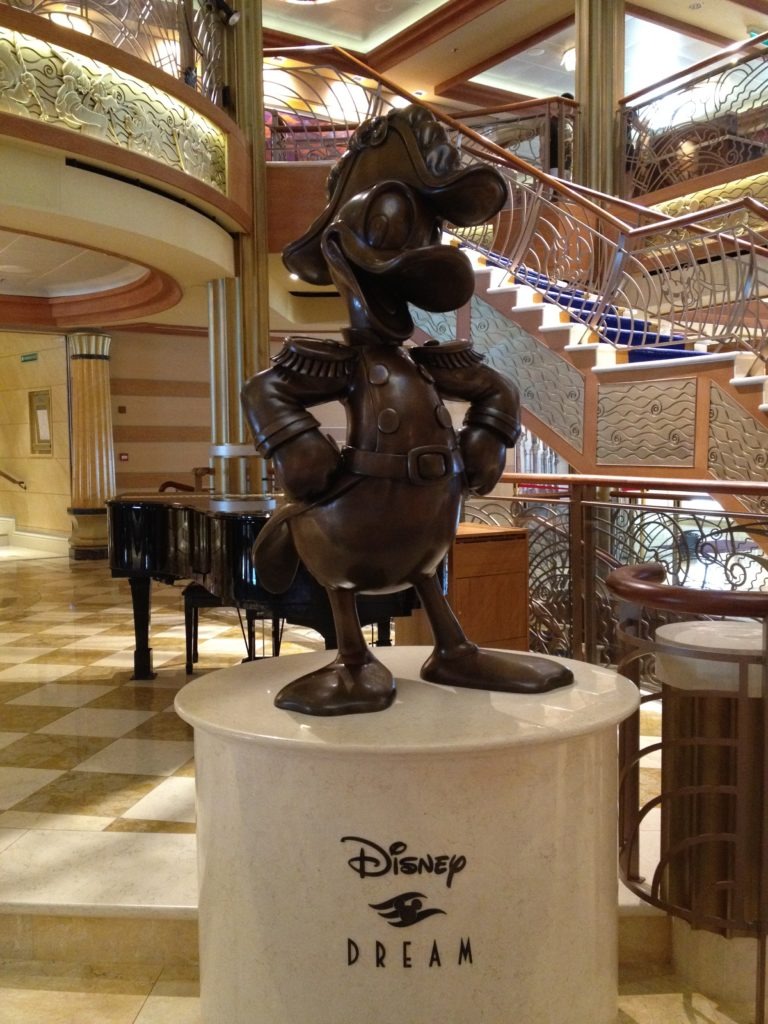 Itineraries- Guests on the Disney Dream can enjoy 3 and 4 Night Bahamian Cruises. Cruises depart from Port Canaveral and sail to Nassau and Castaway Cay.

Youth Clubs & Activities- Disney Dream has themed youth clubs for kids of all ages. Disney Dream also introduced the world to the first water coaster at sea, the AquaDuck. AquaDuck spans four decks as you travel 765 feet. There’s usually a contest onboard to see who can ride the AquaDuck the most on each cruise.

Family Entertainment- Disney’s Believe, Villains Tonight, and The Golden Mickeys are the Broadway style productions featured on the Disney Dream. Families can also enjoy first run films, fireworks, and lots of character interactions throughout their cruise.