Here are some fun facts to help you with your next Disney Cruise Line trivia contest: 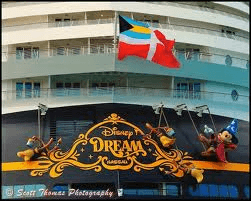 The Sorcerer Mickey Mouse on the Disney Dream’s stern is 14 feet long and weighs 2,500 pounds. 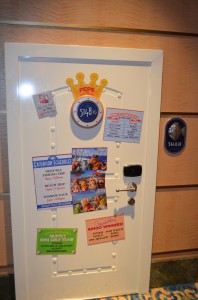 The horns on the Disney Magic and Disney Wonder play the first seven notes of “When You Wish Upon a Star”.  The Disney Dream and Disney Fantasy both have seven different horns, all from classic Disney tunes.

The upscale Italian restaurant, Palo, is named after the poles that line the canals of Venice.

Stateroom 5148 ½ on the Disney Fantasy belongs to Muppet Pepe the King Prawn. The door to the stateroom has some clues that may help you solve The Case of the Stolen Show after you visit the Midship Detective Agency. 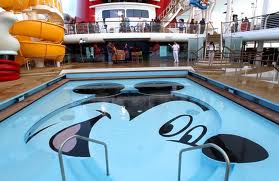 Even if it’s a little chilly outside guests can always enjoy the pools onboard.  If the temperature drops below 75 degrees, Disney will turn on the heat.

Disney ships are the only cruise ships that have four captains onboard at the same time.  Can you name all four?