Get Ready for a Monstrous Summer at Disney Parks!

Three Disney Theme Parks will stay open for 24 hours during Memorial Day Weekend to kick off a Monstrous Summer on both coasts. This first-ever, three-park all-night party is happening at the Magic Kingdom® Park in Florida, and Disneyland® Park and Disney California Adventure® Park in California. The Parks will stay open from 6 a.m., May 24 to 6 a.m., May 25, 2013, local time.

Beyond Memorial Day Weekend, it’s shaping up to be a Monstrous Summer at Disney Parks, with a colossal lineup of unforgettable experiences, including entertainment enhancements celebrating the characters of “Monsters University.”

It may be summer vacation, but Monsters University will be in session all season at the Disneyland® and Walt Disney World®Resorts! 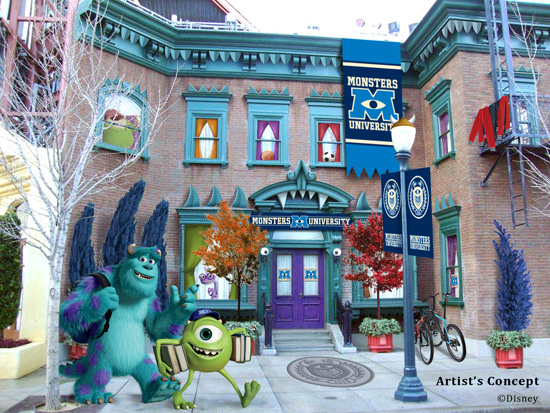