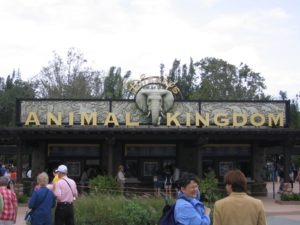 Today is Earth Day, and also the 15th Anniversary of Disney’s Animal Kingdom!  To celebrate Animal Kingdom’s anniversary we are going to have a trivia challenge!  There will be 3 questions to this weeks trivia.  You must answer all THREE questions to win.  Remember, put your answers in comments.  This contest is open until Friday April 26th at 6PM.    Winner will be announced on Monday, April 29th.

Question1:  In what section of Disney’s Animal Kingdom is the attraction Expedition Everest Located?

Question 2:  In “Its Tough to Be A Bug”  what type of spiders drop from the ceiling?

Question 3:  What attraction is currently the largest between all Disney Parks?

Remember, put your answers in comments and this week we will be playing for a Vinylmation!