Disney’s Vibe is the teen hangout on board each of the Disney ships.   Vibe is designated for youth ages 14-17.  Vibe can open as early as 10am and stay open until 2am.  Vibe includes multiple flat-screen televisions, videogames, board games, music listening stations, and DVD players.  Vibe even has its own pool deck on the Disney Dream and Disney Fantasy. 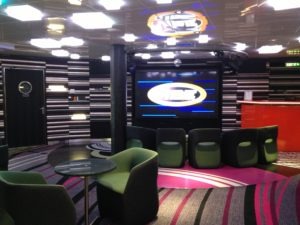 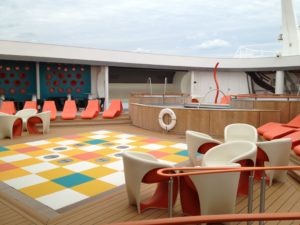 Here are some of the activities available in Vibe: